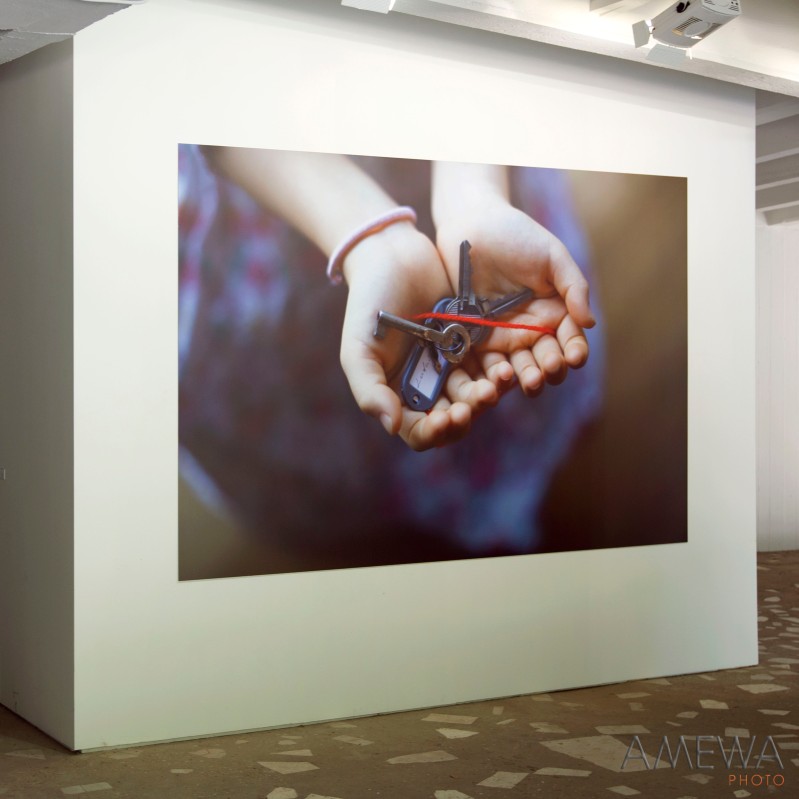 Encountering Chiharu Shiota’s work at the Venice Biennale 2015 was indeed like stumbling upon a familiar tongue in a foreign land. Yet the lingua had been extrapolated into such sublime poetry that it was rendered almost completely new to me.

In late 2013 I became aware of mass incarceration, a system of control and suppression unique to the United States, not only in its stupendous volume but in its targeting of the historically disenfranchised and underprivileged segments of the society. This topic would thenceforth consume my production, but without requiring a major shift in my thematic direction of social justice in the postcolonial framework. I began to see the dismantling of mass incarceration as the definitive civil rights struggle of my time. Studying a system defined by so many locks and demarcations, I became obsessed with finding a way out, a key – in text, in spoken word, in means of cultural and spiritual resistance, and even in the visual impact of keys themselves. This process materialized over roughly a two-year period as the body of work entitled Strange Fruit 21st Century.

detail of “State of Being (Keys)” by Chiharu Shiota

Shiota’s work with keys centered on memory, treasured and protected spaces, loss and hope. The warmth and beauty of her installation at the Venice Biennale made the Japan pavilion instantly one of my favorite. Re-encountering Chiharu Shiota’s work with keys at The Armory Show 2016, reminded me both of the phenomenal pavilion and the symbolic promise that keys have held for me.

Below is an excerpt of the project description from the official Biennale website:

Upon entering the gallery, viewers will find a space filled with red yarn. Attached to the end of each piece of yarn, suspended from the ceiling, will be a key. In our daily lives, keys protect valuable things like our houses, assets, and personal safety, and we use them while embracing them in the warmth of our hands. By coming into contact with people’s warmth on a daily basis, the keys accumulate countless, multilayered memories that dwell within us. Then at a certain point we entrust the keys, packed with memories, to others who we trust to look after the things that are important to us. In this work, Shiota will incorporate keys as a medium that conveys our true feelings. Moreover, she will place two boats on the floor beneath the yarn and the hanging keys. The boats symbolize two hands catching a rain of memories (i.e., countless keys) pouring down from the ceiling. While struggling and working with the hands, the two boats will move forward through a huge sea of memory as they collect individual memories. Along with a large box located outside among the pilotis that will be used to display a photograph of a child holding a key in the palms of her hands, four monitors will show videos of small children talking about memories from before and immediately after they were born. By listening to them recounting memories from the time of their birth and looking at keys containing an accumulation of memories, we will experience two different phases of memory in the spaces. Prompted by the exhibition, we will discover memories contained within us, some of which will unfold and stay with us, and help us to form links with other people.